Weightlifting is a competitive sport in which athletes compete by attempting a single-lift of a barbell loaded with maximum weight. Weightlifters undergo rigorous fitness and strength training to increase their muscle power and apply their body strength to lift heavy weights without injuring themselves. There are two competition lift categories in weightlifting that are done in order: ‘snatch’, and ‘clean-and-jerk’. Each athlete is given three attempts in each category and at the end of the competition, the two highest weights lifted are combined to determine the winner. There are different weightlifting categories based on the weight of the athletes. Below is a list of the best weightlifters of all time, their achievements and their contributions to the sport.

1. Paul Anderson
Weight- and power lifter, Paul Edward Anderson, is widely considered to be one of the strongest men of all time. He achieved a gold medal in Olympic weightlifting and was two-time National Champion. In 1985 he was included in the Guinness Book of World Records for lifting 2,844.02 kg that set the record for the greatest weight ever lifted by a human being.

2. Hossein Rezazadeh, an Iranian weightlifter, was Olympic champion twice, won the World Weightlifting Championship 4 times, and the Asian Games twice during his active career. In Iran, he was chosen as Sportsperson of the Year four times and received a Badge of Courage from the Iranian President. In 2002 he was named “Champion of Champions”. 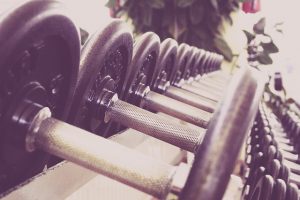 3. Ilya Aleksandrovich Ilyin, a Kazakh weightlifter is a two-time Olympic champion and won the World Champions title 4 times. He is also the current Olympic record holder of all 3 events in the 94kg category with a 233kg clean-and-jerk lift and an overall total of 418kg. In 2011 he won the World Championship in the 94kg category and was named the best Asian athlete jointly with two others by the Olympic Council of Asia in 2012.