The Olympics has been a great platform for many break-out house hold names. In some cases, it was actually the starting point from where they started their journey to stardom. Others became famous through the Olympics but have been forgotten especially by the new generation. You might know them but do not necessarily know that they were weightlifters. The famous people include: 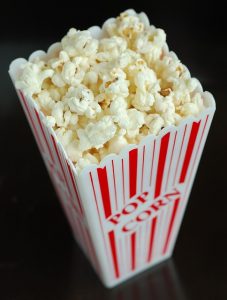 Mark Henry is the strongest man in the world and has been signed to the WWE for 20 years now. Before that, he was among the most successful weightlifters and powerlifters in United States history. Henry made his debut in 1992 at the Olympics held in Barcelona where he was named the captain of the weightlifting team.

Harold attained fame mainly due to the role he played in the Goldfinger film where he was the villain of James Bond. However, what people do not know is that the Japanese-American actually participated at the 1948 Summer Olympics held in London where he lifted 410 kgs.

Formerly known as Bruce Jenner, his gold win at Montreal 1976 was nothing short than heroic. After finishing at a disappointing tenth position in the previous Olympics which was held in Munich 1972, he started to train 6-8 hours each day for the following years. Nobody could have predicted how he would emerge at the Olympics which is what made it really impressive. Caitlyn Jenner is now in the world of reality television and is the most famous transgender in the world which usually tends to take all the headlines as compared to the Olympic gold.

Most wrestling fans recognize Kurt Angle from the several championship titles he held from Total Nonstop Action Wrestling (TNA) and World Wrestling Entertainment (WWE). Not many people know that his career was jump started at the 1996 Olympic games. In the Men’s Heavyweight Division, he took the gold medal home becoming the first American to win in that category.